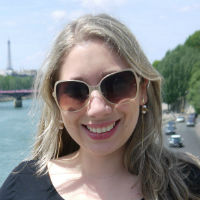 PhD Student in the Division of Midwifery & Radiography with a scholarship from Science Without Borders Programme (CsF) from the Brazilian Government, joined City in February 2015. CsF Programme aims to send Brazilian students to the top universities around the world, developing partnerships between British and Brazilian governments, and between higher education institutions.

Since undergraduate studies, the construction of the curriculum was focused on research, being granted awards for outstanding performances at undergraduate and Masters level. As nurse and researcher, work was performed in Pediatric, Neonatal and Maternal health.

Lecturer of the Department of Maternal and Child Nursing of Federal University of Rio Grande do Sul (UFRGS) in 2013.