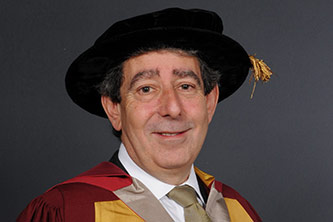 Ronald Sandler, CBE, was given an Award of Doctor of Science honoris causa by City in 2012.

Ron Sandler was appointed Executive Chairman of Northern Rock plc by the UK government when the bank was taken into public ownership in 2008. He continued in the role until December 2011.

Dr Ronald Sandler, CBE, was appointed Executive Chairman of Northern Rock plc when the bank was taken into public ownership in early 2008. He is also Chairman of Phoenix Group and Ironshore Inc. and a member of the advisory board of Palamon Capital Partners. 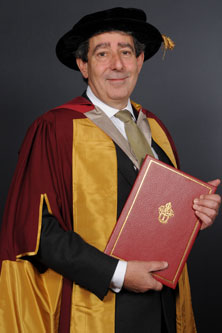 Born in Southern Rhodesia (now Zimbabwe), Dr Sandler won a scholarship to study engineering at Queen's College, Cambridge. From Cambridge, he went on to complete an MBA at Stanford.

In 1995 he was chosen to help save Lloyd's of London, which was facing crisis and a £9bn financial liability. His success at Lloyd's and consequent reputation for coolness under pressure helped secure his next position as Chief Operating Officer at National Westminster Bank (Natwest), which was facing a hostile takeover by the Bank of Scotland. Dr Sandler won strong praise for his management of the situation.

In 2001, Dr Sandler was asked to conduct a review of Britain's savings industry by the Chancellor of the Exchequer.