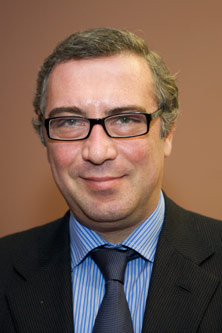 Dr Nikolas Tsakos was given an Award of Doctor of Science honoris causa by City in 2011.

Tsakos Energy Navigation (TEN), founded by Nikolas Tsakos, is one of the largest transporters of energy in the world.

Dr Tsakos comes from a traditional Chios seafaring family and has been involved in the maritime industry since 1981.