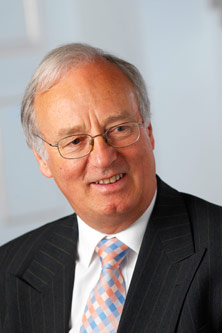 Professor David Rhind, CBE, was given an Award of Doctor of Science honoris causa by City in 2011.

David is a former Vice-Chancellor of City, retiring in 2007.

He started his career as a physicist, then successively became a geographer, information scientist and computer system builder, a social scientist, and Director General of Ordnance Survey.