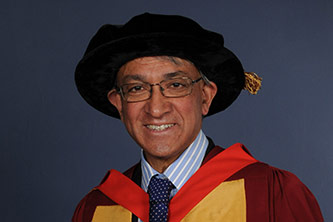 Christopher Mattukumaru was given an Award of Doctor of Laws honoris causa by City in 2013.

The Department for Transport is the government department responsible for the English transport network, and a limited number of transport matters in Scotland, N. Ireland and Wales.

Dr Christopher Muttukumaru was educated at school in Australia, coming to the UK to read for his degree at Jesus College, Oxford. Following in his father's footsteps, he then attended City to study Law and was called to the Bar in 1974. 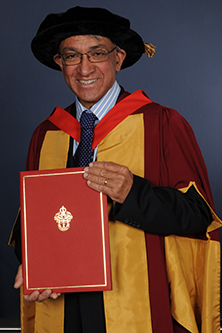 After practising in Sir Dingle Foot's chambers for several years, Dr Muttukumaru joined the Treasury Solicitor's Department. From 1988 to 1991, he worked for the Attorney-General's Office as its principal European Union lawyer.

In 1992 he was seconded to work with the Lord Justice of Appeal as Secretary of a public inquiry after the collapse of the Matrix Churchill trial. The resulting "Scott Report" was published in 1996.

Following the Scott Report, Dr Muttukumaru was appointed as the Ministry of Defence's Deputy Legal Advisor. He was one of the senior members of a delegation sent to represent the UK at the United Nations Conference that resulted in the establishment of the International Criminal Court in 1998.

Dr Muttukumaru brings his considerable and distinguished experience to the advisory board of the City Law School.

In 2006, he was awarded the Companion of the Order of the Bath.