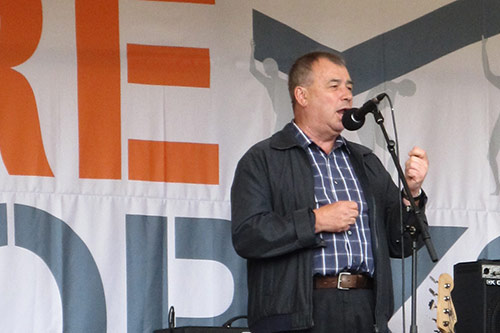 Sir Brendan Barber was given an Award of Doctor of Science honoris causa by City in 2007.

The TUC is a federation of trade unions in the United Kingdom, representing the majority of the country's unions.

Barber achieved a BA (Hons) in Social Sciences at City in 1974 and was President of City University London Students' Union the following academic year.

He was knighted for services to employment relations in 2013.