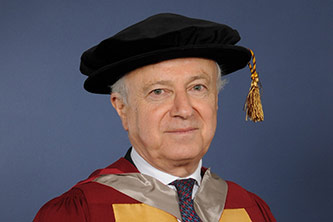 Dr Basil Phrixos Papachristidis was given an Award of Doctor of Science honoris causa by City in 2013.

The Hellespont Group began life as Papachristidis Maritime Inc., a Montreal-based, Canadian-flag deep-sea and Great Lakes shipping company. The company was founded by Basil Papachristidis's father, Phrixos B Papachristidis in 1946.

Dr Basil Phrixos Papachristidis was born in Montreal, Canada in 1944. He was educated at McGill University (BCom) and Columbia University (MBA, MPhil, PhD). On completing his studies, he joined Papachristidis Maritime Inc, the Montreal-based, Canadian-flag deep-sea and Great Lakes shipping company established by his father, the late Phrixos B. Papachristidis in 1946. He became President of this company in 1981. 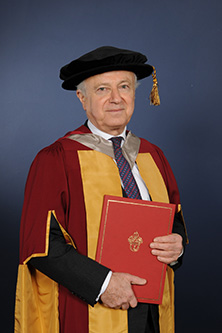 As the company grew and diversified into a cross-trading, open-flag carrier, Dr Papachristidis moved its headquarters to Piraeus, Greece under the style of Hellespont Steamship Corp. The Group had maintained an active agency office in London since 1981, but this office has since been replaced by the Hamburg-based entity Hellespont Ship Management GmbH & Co KG. The Group also has offices in Singapore (Hellespont Singapore Pte) and the Philippines (Manila Shipmanagement & Manning Inc). Dr Papachristidis retired as CEO of the Hellespont Group in 2007 but remains Chairman of Hellespont Holdings Ltd and is a director of Hellespont Marine Services Ltd. His son, Phrixos B Papachristidis, has succeeded him as CEO of the Group.

Dr Papachristidis is a Council member of the American Bureau of Shipping (ABS), a Past Chairman and Honorary Member of the International Association of Independent Tanker Owners (INTERTANKO) and of the Hellenic Marine Environment Protection Association (HELMEPA). He is the author of A Model of the Oil Company Shipowner-Charterer (his doctoral dissertation).