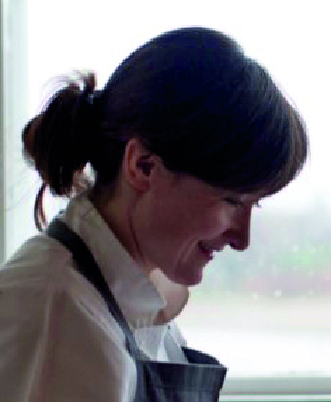 Pam abandoned her philosophy degree at Edinburgh to get a kitchen job, then rose through the ranks of chefdom, collecting experience at a range of restaurants with Michelin stars, including Restaurant Tom Aikens and the Greenhouse in Mayfair.

She persuaded David Barling to admit her to the Masters despite her lack of a Bachelors degree. She did the course full-time, while working part-time as a cheesemonger at Neal’s Yard in Covent Garden. Afterwards, she worked at the food charity Sustain, and then her urge to cook returned.

In 2015, she and her partner opened Inver, on the shores of Loch Fyne. She says the biggest thing the course gave her was confidence. Theory and experience blended to become “part of who I am”. It all informs how she now runs her kitchen.