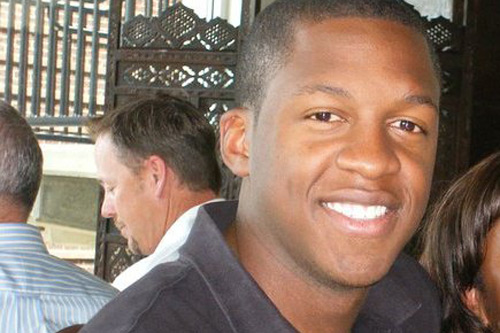 I chose City with employability in mind.

Currently, I am serving as an International Relations Adviser to the Governor of the Saudi Arabian General Investment Authority (SAGIA) with a focus on international communication and media relations.  In my role, I also work very closely with Saudi Arabia’s Minister of Commerce and Investment.  As an International Relations Adviser, my performance depends on my ability to accurately judge how the media will react to certain geopolitical and global economic events and developments in countries of interest to Saudi Arabia. I also spend a great deal of time engaging with political and commercial organisations of other countries. All of this gives me an opportunity to actually use my degree from City and engage with a subject matter that I enjoy.

I also travel quite frequently for work, allowing me to see and experience places I have never been to before. That's always a plus!

What path have you taken to get there? Were there any particular areas of interest that lead to you specialising?

Midway through my degree at City, I began an internship at the political polling and market research agency, Populus, right down the road from Campus. Spending nearly six months there opened the door to a number of opportunities that eventually led to a job working in Parliament. During my time there, I wrote a report analysing the support British SMEs receive from the government and the department formerly known as UK Trade and Investment to export, particularly to the Middle East. This work somehow peaked the interest of the former Governor of SAGIA on a visit to the House of Commons. After a number of discussions following our first meeting, I was offered a job as an Advisor in his office.

Why did you choose to study at City, University of London and how has it helped you?

Before deciding on City, I had ten Universities to choose from where I could have done my course. As someone who wanted to live in the UK after graduation though I ultimately chose City with employability after my degree in mind. First, its location in London was advantageous: indeed that’s where most of the jobs related to my degree are! But in making my decision, I saw that City alumni had a reputation for quickly finding employment in their given field after graduation.

When I think about my time at City, however, less do I think about how quickly I was able to find a job afterwards, and more do I think about how unique a learning environment City was. In a course like International Politics where everyone will undoubtedly come with opinions, only 20% of students were native English speakers. Students (and professors) came from Africa, the Middle East, Asia, and Central and Eastern Europe, a geographical blend with diverse experience that gave new meaning, depth and nuance to the global issues we grappled with during class debates. Everyday, my ideas of how the world worked were intellectually challenged, ultimately making me into a more aware individual.

What did you enjoy most about your course?

When I think back to my course, my best memories are those with my classmates. Not only did we have robust and enlightening engagements inside the classroom, but outside lectures, I ended up forging some of my strongest relationships that I anticipate will carry on for decades.

What was the hardest part of your course?

As an American, I grew up in a system where the path to higher education is already set for you: At the beginning of each course, you are given a very specific set of texts to read that will ultimately inform your approach to your assignments and exams. Courses are very much “professor-led”

At City (and in the UK generally) we were given more liberty to explore the topics we wanted within each module. Never before had I been given that freedom, which I led to me not really knowing what do with myself in the first couple of months!

What was your favourite part of being a City Student?

Learning alongside a dynamic and international student body, whilst being in one of the great cities of the world.

If you could give one piece of advice to a prospective City International Politics student, what would it be?

The beautiful thing about the MA International Politics course is that you do have a decent amount of free time. The student-professor contact time when I was there was about 6 hours per week, giving you another 34 hours a week open if you’re looking at it as a standard workweek.

Inevitably, you’ll spend some of that reading and studying. I would strongly encourage, however, all MA International Politics students to fill up some of those hours with an internship during your degree.
Many of my classmates elected to not do an internship, preferring to focus on further reading and spending more time in the library. Although there is nothing wrong with that and I commend them for it, in today’s job market, it is absolutely essential that you get an internship or work experience as a pre-requisite to full employment. In my experience, doing the internship at Populus allowed to get that experience and professional network months before any of my peers did, which seemingly ushered me into full employment faster after graduating, since I had already done “step one”.

So yes – use your free time to study, but also use it to gain experience in an internship. Your degree will be one part of the equation employers will look at; but your skills and past roles will also be incredibly important as well.