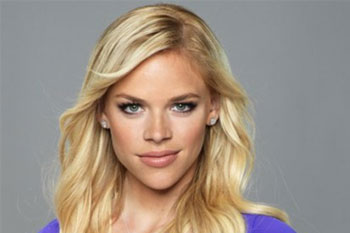 Julie Stewart-Binks is a journalist for Fox Sports, based in Los Angeles.

She studied International Journalism at City, University of London and now works as a desk anchor, correspondent and host of Fox Soccer Daily, the football magazine programme.

Julie recently travelled to Russia to cover the Winter Olympic Games in Sochi. It wasn't her first time at the games. When she was still a student, Julie financed an independent trip to the Vancouver 2010 Olympics to report for her own blog.

What brought you to City to study for you MA in International Journalism and how do you think it has helped your career? 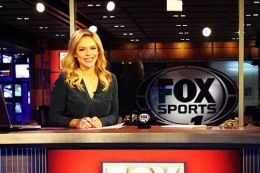 As a Canadian, I wanted to do something that separated myself from my peers, and have a chance to challenge myself in a completely new country. I found City through another Canadian friend Heather Christie who is also a '10 grad from the International program. The fact that the Masters was a one-year intensive course that allowed me to do so many different work experiences really drew me to it. But the fact that I had classmates from 39 different countries really made it stand out. I learned so much about different cultures and issues, and the differences in reporting techniques.

After living in London, experiencing the culture and interning at Sky Sports and Sky News, I had an advantage over so many of my Canadian and American counterparts in terms of covering the beautiful game. It undoubtedly helped me get to where I am with Fox Sports today.

What would be your advice for our current students trying to break into broadcasting?

It's an extremely difficult industry to break into, but a very rewarding one. Don't give up. Keep hustling. Send out show reels to everyone. Network as much as possible. Work for free. Cover everything. Be hungry to work and be willing to give up your social life. Always go to the pub for drinks after work. People will tell you it can't be done, but there's always a way. Always.