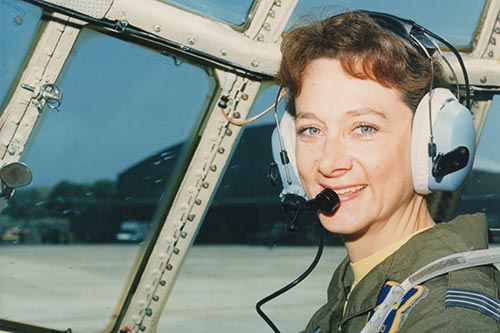 The Royal Air Force (RAF), first formed in 1918, is the aerial section of the British Armed Forces.

She studied Air Transport Engineering at City, University of London and in 1991 became the first female pilot in the Royal Air Force. As Flight Lieutenant and then aircraft Captain - another first - Julie flew RAF Andover and Hercules transport planes for many years.

After leaving the armed forces she pursued various careers before becoming a charity grant fundraiser.

Find out where Engineering at City could take you.