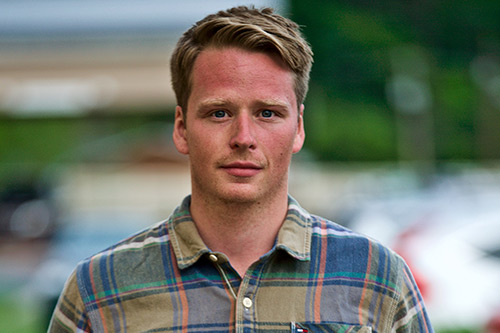 James is a shooting producer and director working on award-winning factual entertainment television shows in the UK and the US. He produces stories, directs scenes and films and edits the footage that forms the final show.

After completing his bachelor degree in Psychology in 2011, he followed his passion for storytelling and filming. He became a researcher working for RDF Television and Redhouse TV casting contestants, shooting, logging and editing.

Following his time as a researcher, James was appointed a Shooting Assistant Producer for Channel 4’s Double Your House For Half The Money and Damned Designs: Don’t Demolish My Home series and a Director for the BBC's Eat Well For Less. His most recent experience includes being a Production Director for Discovery’s highest rating factual entertainment shows, Homestead Rescue and Gold Rush.

James believes that City gave him the foundation he needed to pursue a career in television.

Aside from the technical skills of operating a camera, the essence of my job is understanding and working closely with people. My degree helped me become more empathetic, create authentic connections with others, understand the importance of airing out issues and providing follow-up care and support.

At the age of 26, James intends to keep learning with every new show, with the hope of eventually becoming an executive producer and exerting more control over multiple shows at once.