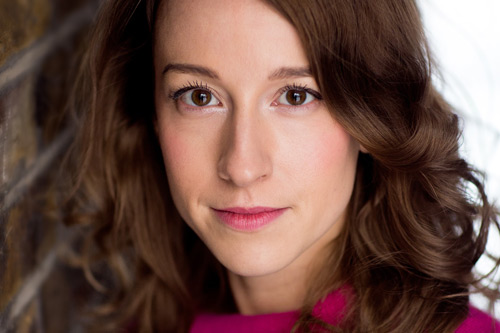 "I never felt restricted at City and always able to make the most of any opportunity, from choreographing to directing."

Since graduating with a BMus in 2014 Hettie has joined the cast of The Phantom of the Opera at Her Majesty’s Theatre London as a ‘swing’, covering a number of different ensemble roles in the production.

Hettie credits her three years at City helped for developing her skills as a musician and giving her the opportunity to focus on her chosen genre of musical theatre. A major benefit for Hettie at City was her individual performance tuition.

"I had a truly fantastic teacher who really tailored our lessons to my needs, developed me and supported my decision to focus on musical theatre,” she said.

“I never felt restricted at City and always able to make the most of any opportunity, from choreographing to directing. I found the music department had a focused and calm atmosphere, which greatly encouraged my studies both academically and in performance.”

Before joining The Phantom of the Opera, Hetti also toured with the 16 Singers project and performed in Thoroughly Modern Millie at the Adelphi Theatre, Sweeney Todd at The Frogmore Paper Mill and an array of shows with the Brick Lane Music Hall company.

Hettie says that City was not only influential in helping her take the first steps in her career, but gave her the opportunity to become captain of the women’s hockey team.

“Within the department I was taught by some inspirational lecturers and again supported in every decision I made towards progressing my career in performance,” she said. “Also, I found the sports department at City very supportive and it was a privilege to be the captain of the Women’s hockey team.

Hear more about Hettie joining the hit west end musical The Phantom of the Opera.