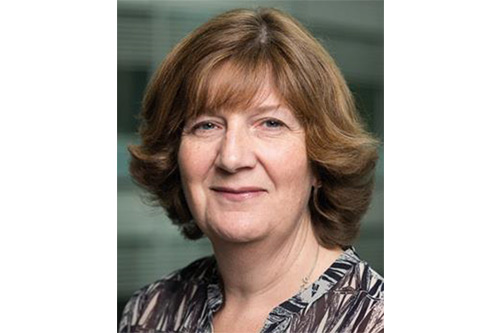 "The privilege of working in criminal justice settings are too numerous to mention, I enjoyed many varied experiences."

Elizabeth Tysoe is an Employer Liaison Advisor with the GMC and has worked in High Security prisons for HMC across the country and oversees as Head of Healthcare. Elizabeth addresses her time working in criminal settings as a privilege and attributes many varied, exciting experiences to her inspiring career.

Elizabeth studied a Higher Diploma in Child Nursing at Barts and was awarded an OBE in the 2015 New Year Honours list for her incredible work in custodial health care.

Where and when did you achieve your first registration and what further training or education have you done?

I qualified at Barts in 1986. I worked there for three years then did an A&E course at West Hill Dartford from 1986-7. I completed a certificate & diploma of management before doing the ENB Higher Award/BSc in Nursing at Middlesex University. I obtained my degree in 1997, then undertook a Masters in Management at Canterbury – I obtained my Masters in 2001.

What is your current or most recent job title and what did it involve?

My current role is as an Employer Liaison Advisor with the GMC – this involves establishing good links between Medical Directors & Responsible Officers and the GMC to support two way exchange of information about under-performing doctors, and the revalidation of doctors, with the aim of improving patient safety.  Previously I was the Head of Health Inspection for HM Inspectorate of Prisons – having previously been Deputy in the same role, after a short stint as Head of Healthcare at a High Security Prison. My OBE was awarded in the 2015 New Year Honours list for my work in custodial health care.

Who and where are your clients/patients?

In my HMIP role I was providing reports about the provision of health services in a range of custodial settings, with the aim of improving standards and sharing good practise, always remembering that as a nurse I was acting as the patients’ advocate – in the case of prisoners and detainees they were vulnerable patients, so my role in highlighting their needs was important.

Do you work full time, part time and any particular pattern of hours?

I have always worked full-time [& more!]  In my HMIP role I would be away from home for a week at a time – often leaving on a Sunday afternoon ready to start work at some far flung location on Monday morning – HMIP covered England, Wales and Northern Ireland, but I was lucky enough to also inspect prisons in Canada and Grand Cayman, by invitation.

What are the best things about your job?

The privilege of working in criminal justice settings are too numerous to mention, I enjoyed many varied experiences.

Do you have any thoughts about your future career or acitivties?

I am now looking towards cutting down my hours, to semi-retirement – I would like to return to working in some way with criminal justice settings as I think I have a lot of knowledge and experience to share.

How did City / Barts contribute to your success?

I have always been proud to be a ‘Barts’ nurse.  In my HMIP role it helped me in all sorts of ways – I once used Winifred Hector’s book [Modern Nursing – Theory & Practice, first published in 1960, reprinted in 1979] which we all had to have when we first started, to show prison healthcare officers the principles of the aseptic technique – my Barts training ‘kicked in’. In my present role I do not have to be a nurse to do the job, but I think the doctors that I meet appreciate the fact that I understand the world they work in – and we often have ex colleagues in common, which is a good ‘ice-breaker’!