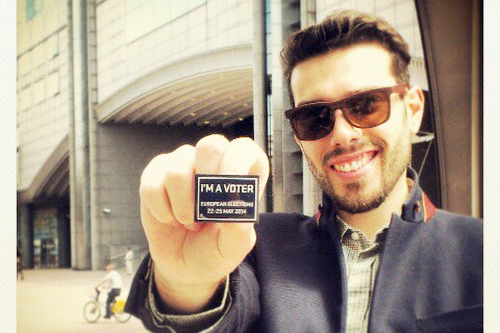 City staff had a refreshing approach to teaching which really motivated us students.

The United Kingdom Permanent Representation to the European Union (UKRep) represents the UK in negotiations that take place in the EU. With a team sourced from over 20 UK government departments, UK policies are explained to other EU member states, the European Commission & European Parliament.

How was your experience as a student at City, University of London?

Studying towards the completion of the MA of International Politics at City was a unique experience. Everything from the refreshing approach teaching staff took to motivate students, to the state of the art facilities in the School enabled me to not only pursue my studies, but also have fun.

How has City, University of London helped you?

Members of staff were inspirational, polite and always willing to help, which stimulated me while I occasionally engaged with complex theoretical concepts. They did not only provide guidance but also took the time to get to know each student's personality, while allowing them the necessary room to grow intellectually in the direction they needed to progress.

What did you enjoy the most at City, University of London?

If you could give one piece of advice to a prospective City MA International Politics student, what would it be?

Should you also be looking for a place where your hobbies can materialise to something you can share with fellow students, City is the place to be. One of the unforgettable experiences - alongside doing my MA - was the creations developed within the university's Film Society, which is for students and staff and built around popular themes of International Politics. It was a great pleasure watching something that became a reality from a simple conversation. Not only I appreciated the work, so did numerous film lovers in the school of social sciences and beyond. This is a topic area which comes up in job interviews.