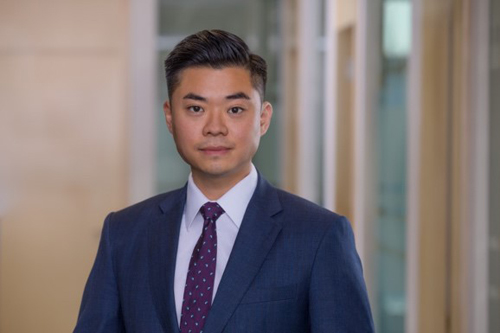 Daniel chose City because of the solid LPC curriculum, global and well-placed alumni as well as the history of the Inns of Court School of Law.

When did you decide you wanted to be a lawyer?

I knew I wanted to be a lawyer during the summer of my second year of undergrad where I decided to run my own student painting franchise business. As a small business owner, I was constantly worried about my liability, whether its with my employees, my clients or my taxes. I realized how important knowing the law was for doing business, and the value in being the one that can help decipher legal jargon and provide actionable commercial legal advice.

How did you come about doing the LPC and when?

After completing my LLB at the University of Birmingham in 2009, I enrolled in the LPC at City, graduating in 2010

Why did you choose CLS/ICSL?

Initially it was the history of the Inns of Court School of Law that drew me in, but after doing more research I realized that CLS has quite a solid LPC curriculum, its alumni is also global and well placed in major law firms as well.

Any tips for current (or future) LPC students at CLS?

Take the time to get to know all your LPC classmates, because these are the friends that will become a part of your international network. Definitely organize study groups, and with different people as well, the LPC is as much a test of your personal legal ability as it is your ability to collaborate with others.

What was your first job after the LPC?

My first proper job after the LPC was a quasi-legal role at an investment bank in Toronto, where I negotiated derivatives contracts.

Any other jobs before getting a training contract?

I did random jobs here and there, one where I was the Chief Returning Officer and ran the student elections for a few Canadian universities, also did tutoring and CV review, and as discussed, the quasi-legal role at an investment bank in Toronto.

Where and when did you complete your training contract?

I completed my training contract with Dentons in Calgary, Canada back in 2015, after which I proceeded to complete undergo the QLTS and actually engaged City again to help me prep for the OSCE.

Why do you think you got the training contract?

The Canadian legal market is quite protectionist, so I believe I got the training contract because of a few steps that I took to commit myself to the market, namely doing my LLM at a Canadian law school, and also getting some Canadian work experience.

Any tips for LPC students without training contracts?

Don’t compare yourselves to others that are going into the LPC with training contracts and such. Everyone is on their own path and you will eventually get there, it’s a marathon not a race (even though many people seem to think it is). Enjoy the process because this will probably be the last time you get to be a student before you step into legal practice.