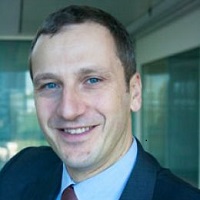 Yiannis is Senior Lecturer in Health Management and Leadership. He is also Visiting Scientist at Harvard University T.H. School of Public Health and Honorary Research Fellow at Imperial College London. He is Associate of the Faculty of Medical Leadership and Management and the Associate Editor of BMC International Health & Human Rights. He previously worked at the Faculty of Medicine and the Business School of Imperial College London. His primary research interests include the diffusion of health innovations, institutional and professional identity change, health system reforms and the implementation of evidence-informed interventions in healthcare. His research has been published in top management, medical and health services research journals, including Academy of Management Journal, Lancet Infectious Diseases, Clinical Infectious Diseases, BMJ Open, Implementation Science.

Yiannis' primary area of research is in healthcare management and leadership. His work investigates the role of social institutions in shaping identity change for professionals in healthcare, particularly doctors; the implementation of international health system reforms; the adoption and diffusion of service and technological innovations in healthcare, including the use of evidence in the process by clinicians and managers; patient safety and organisational safety culture. Yiannis has extensive research experience in the English NHS and internationally. He has been awarded competitive research grants as Principal or co-Investigator from several prestigious sources. He conducted research on the diffusion, and implementation of family medicine primary care reforms across five European transition countries, namely Bosnia & Herzegovina, Estonia, Moldova, Serbia and Slovenia. He undertook research and consultancy work for World Bank funded projects in Bosnia & Herzegovina, Moldova and Turkey as well as for the Global Fund in Ukraine and Moldova as Principal Investigator. He has worked as a researcher and independent consultant for the World Health Organization in Bosnia & Herzegovina.

- Department of Health England - Co-Investigator (with Prof A. Holmes Imperial College London) & Project Lead: Project funded (£100,000) by the Department of Health England (May 2009 – May 2010). Researching the adoption, procurement and implementation of innovative technologies to help combat Health Care Associated Infections by 12 NHS Trusts across all ten Strategic Health Authorities in England.

summary of findings were presented at a national conference

As Principal or Co- Investigator Yiannis was awarded over half million pounds in research funding in the last four years. Awards include the National Institute for Health Research, the Global Fund, the Department of Health in England, and the World Health Organization. Yiannis has led research and consultancy projects for the World Bank, the World Health Organization, the Global Fund, and the European Union. His research has informed and influenced government bodies in areas such as the mobilisation of knowledge into practice, and the implementation of major health reforms. Examples include the Ministries of Health in Turkey, Serbia, Moldova, Ukraine, Bosnia & Herzegovina, and the English NHS.

As Honorary Lecturer for the National Centre for Infection Prevention & Management Imperial College London he supports research in Work-Stream 1 on innovation adoption and behaviour change and Work-Stream 4 on capacity building and education on Health Care Associated Infections. He is also advising on theory and methodology on two work packages (WP3 & WP4) for the EU-funded research project Prevention of Hospital Infections by Intervention & Training (PROHIBIT).

- HMM022 Management and Leadership in Healthcare