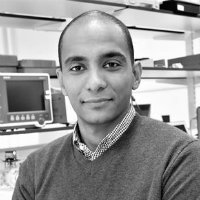 Tomas obtained a B.Sc. in Biomedical Engineering from Politecnico di Milano in 2010. After his undergraduate studies, he worked for one year as Medical Engineer for Tecnologie Sanitarie Spa and later received an M.Sc from City University London in 2012. He was then awarded a doctoral studentship from City University London to continue his postgraduate research studies.

During his PhD, Tomas developed methods to monitor blood perfusion and oxygenation using photoplethysmography and evaluating these in a series of in vivo studies on volunteers. The technologies and methods that Tomas developed in his research may find many clinical applications such as the monitoring of flaps perfusion in plastic surgery.

After gaining his PhD in 2016, Tomas is now working on a project funded by the National Institute for Health Research (NIHR) for the development of a noninvasive intracranial pressure monitor.

His main research interests include noninvasive optical techniques to monitor blood perfusion and oxygenation in vivo, such as photoplethysmography, pulse oximetry, NIRS, and laser Doppler flowmetry.