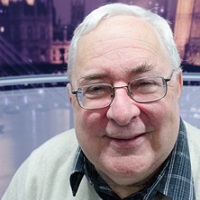 Professor Schifferes was Marjorie Deane Professor of Financial Journalism and the first Director of the Financial Journalism MA at City from 2009-2017, and is currently an Honorary Research Fellow at CityPERC. https://www.city.ac.uk/about/schools/arts-social-sciences/international-politics/research/cityperc

He has a wide-ranging background in business and finance journalism, both for television and online.

Professor Schifferes reported on economics for the BBC News website, coordinating coverage of the global financial crisis, the Enron scandal, and the launch of the euro. He reported from Washington during the Obama election, the sub-prime crisis and the Iraq war; from Bangalore, Shanghai and Detroit on globalisation and its discontents; and from Bangkok, Hong Kong, Doha, Prague, Geneva and Lusaka on the world trade talks and IMF meetings and protests. He also covered economic policy in the UK, including general elections and Budget announcements.

Previously he was a current affairs television producer working for On the Record , the Money Programme (BBC) and Weekend World (LWT) , as well as a network documentary film maker examining poverty, wealth and crime in the UK for the ITV network.

Professor Schifferes has lectured around the world on the role of the media in the financial crisis, including at Tsinghua and Fudan Universities (China); Mumbai University (India); Columbia and North Carolina (USA); Helsinki (Finland) and Cologne (Germany).

He was Principal Investor for the EU-funded research project Social Sensor, aimed at detecting and verifying news on social media, In 2019 he gave the Gresham College lecture on ‘Has the Internet Changed News for Better or Worse?’. He also was an expert witness on financial journalism for the claimants in the High Court case of Sharp v. Blank, concerning the acquisition of HBOS by Lloyds Bank during the financial crisis; and Project Director for the Friends Provident Foundation funded project “Remodelling Capitalism: How Social Wealth Funds Could transform Britain.”

Professor Schifferes is a fellow of the Royal Society of Arts. He was a BBC Reuters Fellow at Oxford University in 2006, and a Knight-Bagehot Fellow at Columbia School of Journalism in 1993-4. He was educated at Harvard and Warwick Universities, where he was a National Merit Scholar and a National Science Foundation Fellow.

RESEARCH INTERESTS
-The future of internet news, and its political and economic effects, including problems of verification and social media
-The role of the media in shaping the economic agenda, particularly in relation to inequality and financial literacy
-The coverage of financial crises
-The role of online media in elections
-The history of business and financial journalism
-reshaping the rules for public spending and investment

He currently holds three major research grants, from the British Academy, City University London and the EU Integrated Project FP7 research fund. In the latter project, funded at 10m Euros, he is leading the Department of Journalism team, working jointly with City's School of Informatics, in developing new tools for use by journalists in sampling and analysing social media, with ten partner institutions across Europe.