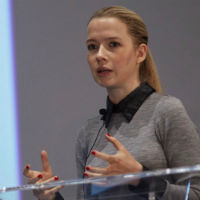 Dr Baker’s research explores how we connect and communicate online, particularly around issues pertaining to health.

Her first book, Social Tragedy (Palgrave MacMillan 2014) , analysed how collective narratives emerge in different cultural contexts and the role of the media and social media in communicating tragic events of social significance.

Her second book examined how authority and influence are constructed online in the context of health knowledge and medical misinformation. She situated this research in discussions around trust, the decline of expertise, authenticity and microcelebrity. She has published several key articles on these topics as well as a book, Lifestyle Gurus: Constructing authority and influence online (Polity 2019), co-authored with Chris Rojek.

Dr Baker’s current research extends this work by exploring the spread of misinformation and disinformation in the context of COVID-19.


Research Interests
• The role of digital technologies to connect and communicate online, particularly on issues pertaining to health
• The construction of authority and influence online, including experts, publics and social media influencers
• How collective narratives emerge online and offline
• The spread of misinformation and disinformation on social media

Dr Baker has worked with organisations across the public and private sector. Past collaborators include the BBC, ITV, Flamingo, Bisto, Discovery Channel, Weber Shandwick, Tapestry Research and Sense Worldwide.

She has a strong media presence having featured on BBC World News, ITV and the European culture channel, ARTE. Dr Baker’s research has been published by the Independent, Newsweek, Scroll, the Irish Examiner, the Times of Malta, ABC News and The Conversation. She has been interviewed by, and quoted extensively in the Guardian, The New Economy, the Evening Standard, the Irish Times, Huffington Post, the Daily Telegraph, Mainichi Shimbun and the Atlantic on social media influencers, wellness gurus, trust relations, intimacy, collective memory and digital technologies.