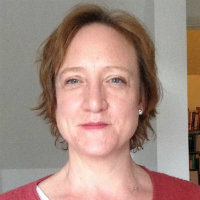 Dr Sarah Lonsdale has been a journalist for twenty five years, training on the Reading Chronicle before joining the Observer newspaper in 1990 as a general reporter. During her time on the Observer she specialised in stories concerning social justice. She is now freelance and has written for a wide variety of publications including: Observer, Financial Times, Evening Standard, Daily Telegraph, Sunday Telegraph, Daily Mail, Independent on Sunday, Country Homes and Interiors Magazine, Observer Food Monthly, National Geographic Green, TLS and the Sunday Times. She was a weekly columnist for the Sunday Telegraph 2006 - 2014 writing about environmental issues, particularly the threat of climate change.

She published her first book, The Journalist in British Fiction and Film: Guarding the Guardians from 1900 to the Present in 2016 (https://www.bloomsbury.com/uk/the-journalist-in-british-fiction-and-film-9781474220545/).

Her second book, Rebel Women Between the Wars: Writers, Activists, Adventurers will be published by Manchester University Press in 2020.

- The history of journalism especially around the advent of the era of the mass press (1880 - 1920)
- The relationship between journalism and literature
- The depiction of journalists in other media including film, television and novels
- The coverage of environmental issues, particularly climate change.

Dr Lonsdale currently supervises a PhD student on the coverage of climate change since the Copenhagen Summit. She welcomes enquiries from potential post graduate students in the areas of environmental journalism and journalism and literature.