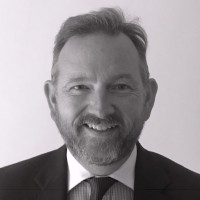 Robin joined City Law School in September 2014 after a career at the criminal bar stretching 20 years.

In that time he prosecuted and defended at all levels including rapes, murder , fraud, money laundering and fatal road traffic offences as leading and junior counsel. He specialised in multi-handed cases such as conspiracy to supply class A drugs. He is a grade 4 prosecutor for the CPS.

He became involved in a number of money laundering prosecution operations advising the CPS and HMRC as to the application of the money laundering regulations to money service businesses in the criminal context.

He is adept at handling vulnerable witnesses using special measures including children and adults with learning difficulties.

Latterly he developed a multi- disciplinary regulatory practice appearing at inquests, police misconduct hearings and fitness to practice hearings before the GMC. This emanated from his expertise in representing drivers in the emergency services charged with death by dangerous driving as a result of their duties. He has regularly given lectures and seminars to the profession, solicitors and police officers arising out of this area.

Robin continues to practice in all the above fields to provide an informed and engaged insight into the profession. He sat on tenancy and pupillage committees , management committees and business development committees in chambers throughout his career. He is an accredited pupil supervisor and pupil supervisor trainer. He supervised over 10 pupils including Naval officers and continues to teach advocacy for the Inner Temple.

In 2020 Robin was appointed as a Governing Bencher ( Master of the Bench) of Inner Temple.