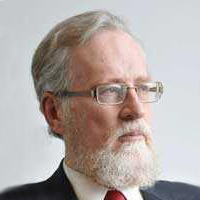 Professor Willetts was a pioneer in the study of the transnational relations of non-governmental organisations. His 1982 book, Pressure Groups in the Global System, was the first academic study of the subject published in Britain. He went on to produce two further books, a set of case-studies in 1996 on the influence of NGOS in the United Nations, 'The Conscience of the World' and an overview in 2011 of NGOs and the construction of global governance Non-Governmental Organizations in World Politics. One chapter of the latter book demonstrates the crucial role of NGOs in the creation of the Internet in the 1980s (prior to the existence of the web).

Although he retired officially in 2008, the signature on e-mails from Professor Willetts includes the phrase “Not retired, but on permanent sabbatical”. He has continued with his research interest in NGOs. He contributed a chapter to the Handbook of Research on NGOs, edited by Aynsley Kellow and Hannah Murphy-Gregory, (Elgar, 2018). This updates his earlier work on the role of NGOs at the United Nations, outlining significant changes that have occurred since 2010. He also wrote a short essay as the Foreword to the Routledge Handbook of NGOs and International Relations, edited by Dr Thomas Davies, (2019).

The problem with studying NGOs in the 1980s and 1990s was that mainstream scholars dismissed NGOs as only affecting “low politics” and not the “high politics” of armed conflict and security issues. Professor Willetts realised it was necessary to provide a theoretical framework to assert the place of NGOs in global politics. In the 1980s, he became one of the first constructivists in Britain, arguing that an issue-based approach to mobilisation of support for values was central to the study of politics. In July 1992, he presented a paper on “The Issue of Issues in Regime Theory” to the British International Studies Association, Global Environmental Change Group. This became the basis of his contribution to the Group’s book on The Environment and International Relations, (Routledge, 1996). The ideas were elaborated more thoroughly in Willetts’ 2011 book on NGOs.

Professor Willetts has produced two books on the Non-Aligned Movement and, edited with Barry Jones, a set of theoretical essays on interdependence. He continues to write a review each year on “The Non-Aligned Movement and Developing Countries” for The Annual Register of World Events, which was started in 1758. The next edition due out in mid-2020, covering events in 2019, will contain his forty-first annual contribution.

Peter Willetts joined City, University of London in October 1973, as part of the team teaching International Relations on a multi-disciplinary degree in Systems Science. Working in this context, he moved away from the traditional state-centric approach to the subject and adopted a holistic approach at the global level. This was evident in two ways. Firstly, he focused on global intergovernmental institutions and insisted they could not be understood solely in terms of the policies of their constituent members. Interactions within the UN influence its policy outputs and then feedback to influence governments and societies around the world. Secondly, he argued that countries are not closed political systems and each civil society has transnational relations with other societies and with international organisations. This is demonstrated in his three books on NGOs. When Peter Willetts was promoted to a personal chair in October 1998, it is not surprising that he chose the title, Professor of Global Politics.