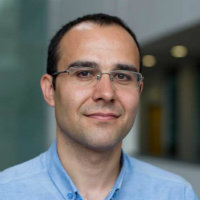 Mustafa Kutlay is a lecturer in the Department of International Politics at City, University of London. Dr Kutlay's research concentrates on comparative politics, political economy, southern Europe, Turkish political economy, and emerging powers. His articles appeared in Government and Opposition, Third World Quarterly, Australian Journal of International Affairs, European Politics and Society, Turkish Studies, among others. His book ''The Political Economies of Turkey and Greece: Crisis and Change'' is published by Palgrave Macmillan in 2019.

Before joining City, he was assistant professor in Politics and IR at TOBB University of Economics and Technology. He was also a research fellow at Royal Holloway University of London (2013-2014) and Marshall Memorial Fellow at The German Marshall Fund of the US in the Spring 2013.

Dr Kutlay has participated in research projects and organization of several workshops in co-operation with LSE, University of Kent’s Diplomacy@Kent Beacon Project, British Institute, and Friedrich-Ebert-Stiftung. He occasionally writes policy reports, monographs, and briefs for policy-making institutions including The German Marshall Fund of the US (GMF), The Istituto Affari Internazionali (IAI), and ISPI. He also contributes commentaries to international media outlets such as Politico, Al Jazeera International, France 24, CCTV, and Xinhua.