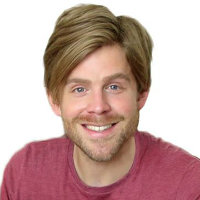 Senior Lecturer in Media and Communications

Michael is a Senior Lecturer in Media and Communications. His research examines digital media technologies and digital cultures along two interconnected lines of inquiry. First, he is interested in the physical, spatial and social consequences of emerging mobile media in urban environments. He is particularly interested in the role locative applications might play in place-making practices and perceptions of urban space. Second, he is fascinated by the broader impact digital media technologies are having on society. As a corollary to this, he is also interested in the transformation of everyday life into data, and how this transformation might lead to new methodological ways of examining the emergent effects of digital media. Broadly speaking, then, Michael's research revolves around digital media technologies and digital cultures, in the context of media and communications. More specifically, he specialises in theories of digitality, often focusing on locative applications, their role in place-making practices and the mediation of daily life.

Michael is also a Visiting Research Fellow at the Web Science Institute at the University of Southampton, as well as a Convenor for the British Sociological Associations (BSA) Digital Sociology Study Group.