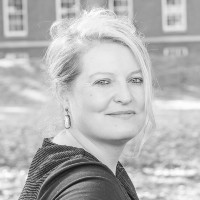 Called to the Bar as a Harmsworth Scholar in 1996 (Middle Temple) and by the Inn of Court of Northern Ireland (2018), Lynne joined the Professional Programmes team at City in December 2016. Prior to this Lynne was in public service, as an Ombudsman and holding a number of posts in the Crown Prosecution Service, including as a Crown Advocate, Advocacy Assessor, and Advocacy Manager for CPS London with responsibility for prosecution advocacy at Isleworth, Harrow, Wood Green, and Blackfriars Crown Courts. She was also a Senior Policy Advisor and CPS national policy-lead on homicide; honour-based violence/forced marriage, and FGM. In 2009 Lynne was involved in drafting the 6th edition of 'The Code for Crown Prosecutors'. Lynne has been a member of the Ministry of Justice’s Murder Review Advisory Group (reviewing the law on murder and partial defences to murder) (2008 – 9) and the Legal Advisor to NHS Health Education England on the drafting of e-learning materials for all NHS staff on FGM (2014 – 15). Lynne has been a Committee Member of the South Eastern Circuit Bar Mess (2013 – 15) and Chair of the Association of Women Barristers (2018 - 20). In that role she advocated for equal treatment of those from BAME, LGBT+, and other under-represented communities at the Bar. She also authored, with HHJ Kaly Kaul QC, a major report on bullying and harassment at the Bar (2019). Lynne is currently undertaking doctrinal research on Honour Crime and has recently been instructed as an expert witness on familial cultural practices in the criminal, family and coroners' courts.