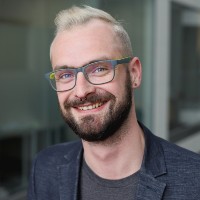 His research deals with the EU enlargement process and sexual politics in candidate countries. More specifically, Koen has studied the EU accession of Serbia and how this process affects LGBT politics and activism. More generally, Koen’s research interest is the ‘(international) political sociology of the Other’, a topic which he approaches from different perspectives, including European studies, nationalism and conflict studies, neo-colonialism, gender and sexuality studies, with a specific interest in issues dealing with masculinities and LGBT issues.

His work has been widely published, including a (co-)edited volume ‘EU Enlargement and Gay Politics’ (Palgrave 2016; with Heleen Touquet and Peter Vermeersch), and articles in, amongst others, East European Politics, Politics, Contemporary Southeastern Europe, Journal of Homosexuality, and Europe-Asia Studies

Koen is interested in sexuality politics in Europe. He particularly focusses on the promotion of and resistance to LGBT equality as part of the EU accession process. Having completed a thesis on the LGBT rights in Serbia, Koen is looking to analyse the boom of Pride events in the Western Balkan region. He seeks to explore the different tactical choices made by activists in organising these events, which affect their aesthetics and their politics. He is furthermore also interested in exploring how transnational links influence these decisions.