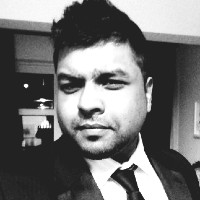 Dr Kisorthman Vimalakanthan obtained a MEng in Aerospace Engineering from the Queen Mary Univerisity of London in 2010, and a PhD in Wind turbine Aerodynamics at Cranfield University in 2014. His research specifically focused on computational modelling of Passive Flow Controls for Muti MegaWatt Wind turbines. On completion of this PhD, he worked as an Aero-Thermal Engineer for CORAC modelling highspeed radial turbines for two years. He worked as an Aerodynamics Researcher at the energy institute for Netherlands (ECN) for three years before joining the Thermal Power team at City University of London in early 2019 to work on the EPSRC funded project NextORC, investigating fundamental aspects of expanders for organic Rankine cycles (Grant number: EP/P009131/1).

As a researcher, his focus is on the development of computational models for flow control and turbomachinery applications related to renewables and low- and medium-temperature heat sources, such as solar, biomass, geothermal and waste heat.