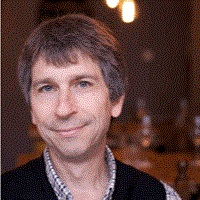 Joshua studied psychology at the University of Michigan-Ann Arbor. The title of his PhD (from New York University) was "2nd-order processes in the human perception of motion and texture." After working at Syracuse University, NASA/Ames Research Centre, and University College London, he moved to City, where his job titles gradually progressed from Research Fellow to Professor. His main area of work is visual psychophysics, with particular interests in detection, discrimination, appearance, memory, and attention.