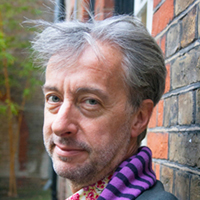 Jonathan is the Director of the Creative Writing (Novels) MA at City. He is the author of two novels, Noise and Your Father, both published by Headline Review. He has previously taught at Bournemouth University, for the Arvon Foundation and for The Writer's Practice.

He is a regular fiction reviewer. He is also a dramatist and Oscar-nominated screenwriter. For the stage, he has written for everything from the fringe to the National Theatre; for the BBC, over thirty radio plays as well as numerous dramatisations; and for TV, many series episodes as well as animated films.

He has written for most British newspapers, including theatre reviewing for The Independent and a column in The Guardian about his experiences as a local councillor in Lambeth.