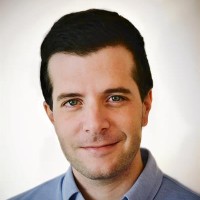 Dr Jonatan Echebarria Fernández's research interests span from Maritime and Commercial disputes to European Private International Law. He is currently working in some articles and book chapters related to the impact of marine pollution focused in least developed countries’ coastal communities. His PhD-based book titled “Jurisdiction and arbitration agreements in contracts for the carriage of goods by sea – limitations on party autonomy” will be published by Routledge in late 2020. He has delivered presentations at international conferences during the last years.

Dr Jonatan Echebarria Fernández has carried out research activities at the Scandinavian Institute of Maritime Law, the University of the Basque Country, the University of Cambridge, the World Maritime University, the International Maritime Organization, the Ghent Law School, the Max Planck Institute Luxembourg for International, European and Regulatory Procedural Law, the Sutherland School of Law and the University of Southampton. His professional experience as a legal specialist include the Council of the EU, the European Investment Bank, the Permanent Representation of Spain to the EU, the Trade Office of Spain in Belgium and Luxembourg, the Luxembourg Maritime Administration or the Bilbao Port Authority in Spain.

Dr Jonatan Echebarria Fernández's research has attracted funding from different foundations such as Otto Mønsteds Fond, Professor dr. jur. Sørens mindefond, Reinholdt W. Jorck og Hustrus Fond or Oticon fonden. He was awarded the Basque Government´s Internationalisation grant in 2011 and the Claes Isacson scholarship 2016 handed over by Gard AS. He has been registered as a lawyer at the Biscay Bar Association between 2010 and 2016.