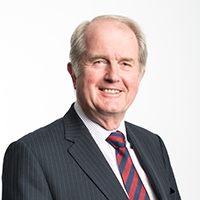 During this time he specialised in controllable pitch propellers and transverse propulsion units but also undertook analysis into other aspects of ship propulsion technology; particularly in the fields of ship powering and manoeuvring. In 1975, he joined Lloyd's Register, first in the Technical Investigation Department and after nine years transferred to the Advanced Engineering Department as its Deputy Head. He later moved to the newly formed Performance Technology Department where he initiated and led several research and development activities in the fields of ship hydrodynamics, diesel engine technology, machinery condition monitoring and control technology. In 1992 he returned to the Technical Investigation Department as the Senior Principal Surveyor and Head of Department in which capacity he served for 11 years and then, in 2003, Professor Carlton was invited to become the Global Head of Marine Technology for Lloyd's Register.

After 35 years within Lloyd's Register, Professor Carlton was then invited to become Professor of Marine Engineering at the City University London in which capacity he now serves and is responsible for the postgraduate maritime studies. He is also closely involved with the newly formed International Institute for Cavitation Research at the University.

During his career he has presented and published around 120 technical papers and articles on many aspects of marine technology as well as having written a textbook entitled Marine Propellers and Propulsion which is now in its 3rd Edition. He is also a contributing author to the Marine Engineering Reference Book. Professor Carlton has been awarded the Denny Gold Medal of the Institute of Marine Engineering, Science and Technology twice and has also won the Stanley Gray Award for Marine Technology twice. Additionally, he is active in a number of research groups and has sat on several international and government committees. In 2006 he was awarded the honorary degree of Doctor of Science for his contribution to marine technology. Professor Carlton was the 109th President of the Institute of Marine Engineering, Science and Technology in 2011/12 and was elected a Fellow of the Royal Academy of Engineering in 2011.