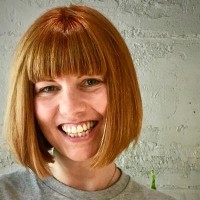 A journalist and academic, Johanna started her career with a six-year stint in the music industry, then went freelance in 2002, writing for national newspapers, magazines and websites, and appearing as a recurrent guest on BBC radio.

Johanna has written editorial and advertorial copy for most national publications but is most closely associated with the Guardian. She has been commissioned by the newspaper for over a decade, leads Guardian Masterclasses and spent two years in-house as a commissioning editor for G-Labs.

Specialising in fashion, travel and lifestyle, Johanna has also used ‘real life’ stories to raise awareness on issues including postnatal depression, child sexual abuse, eating disorders and climate change. She has an eclectic track record in experiential first-person features, from posing as the bride of Dracula to line dancing at the Wildhorse Saloon, Nashville, and is the founder of two blogs, Fashion Detective and Feet on the Ground, a site dedicated to no-fly travel. Johanna is also a trustee of the Wimbledon Civic Theatre Trust.