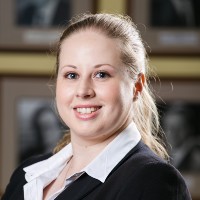 Jean Wilke holds a Bachelor of Arts and a Bachelor of Laws from the University of the Witwatersrand. After completing her studies, she joined the Constitutional Court of South Africa where she clerked for Chief Justice Sandile Ngcobo. In 2010, Jean was awarded a Rotary Ambassadorial Scholarship to study her Masters of Law at the University of Canterbury, New Zealand. Upon completion of her Masters of Law, Jean returned to the Constitutional Court and clerked for Chief Justice Ngcobo until he retired. Thereafter, Jean worked as the Legal Advisor for the Western Cape Provincial Parliament. Jean has always had an interest in the legal academic field. Therefore, in 2009, 2012 and 2013, Jean was a Teaching and Research Assistant in the Law Faculty, University of Cape Town where she tutored Constitutional Law, Property Law and the Law of Persons and Family.

In 2012, Jean was admitted as an Advocate of the High Court of South Africa. In 2014, she was called to the Cape Bar where she completed her pupillage and became an Associate Academic member. From 2015, Jean was a lecture in the Private Law Department at the University of Cape Town. She convened and taught the Law of Succession, Civil Procedure, the Law of Persons and Family and Business Law. Part of her responsibilities in the Law Faculty included coaching the Moot Court Competition Teams which placed first and second in regional and national competitions.