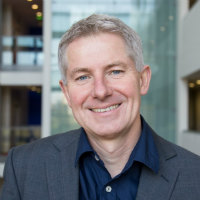 Since 2007 he has been freelancing for publications including Esquire magazine - where he has written features on counterfeit drugs, armed robberies and teenage murders - the Guardian, New Statesman, Daily Mail, and The Observer. In 2009 he wrote two reports for the Equality and Human Rights Commission - "Police and Racism" and "Staying On" about teenagers staying in education and training. Jason does media training and consultancy work for a variety of organisations.

His work at City includes teaching news and features, interview and research to postgraduate journalism students. He also runs a specialism course on the reporting of organised crime and security.

He was appointed as a Senior Lecturer on the Magazine Journalism MA course in 2009. In 2020 he became a Fellow of the Higher Education Academy. This is Jason's second stint at City, having completed the University's Postgraduate Diploma in Newspaper Journalism in 1987.