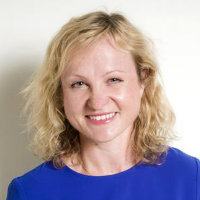 She read English at Cambridge University before gaining a postgraduate qualification in newspaper journalism at City University. She worked briefly on a local newspaper before joining the Financial Times, where she wrote about companies, markets, natural resources and corporate governance.

She joined the Guardian as the US business correspondent based in New York, covering the early dot com boom and Wall Street as well as politics and the environment. She spent 18 years as a member of the award-winning senior editorial leadership team at the Guardian.Her career included stints as city news editor, covering annual budgets and all financial news and several years writing her own weekly interview slot, before becoming media editor and then head of media, with overall responsibility for the Guardian's online and print department. She was also women's editor for many years and is still a Guardian columnist.

Her specialisms are the media, business, finance and women's issues.

As a former chair of Women in Journalism, she was responsible for a ground-breaking piece of research on the way women are portrayed in the media and was asked to give evidence to the House of Lords communications committee on the issue of diversity. She is still a committee member of WiJ and a trustee of Women in Sport.

In 2016 she started as a visiting lecturer in the journalism department at Goldsmiths University.

New pensions writer of the year award and shortlisted for the Rosemary Goodchild award for journalism. A Prince's Trust award for writing.

- Regular live broadcasting experience, including appearances on BBC Radio 4's The Media Show, Woman's Hour, Broadcasting House, PM, Today and the Archive Hour. On television she has appeared on BBC News, ITV's Good Morning and Sky News. She has reviewed papers for BBC News, Sky News and ITV's Lorraine show.
- Frequent participant in radio discussions and on panels including the RTS and Bafta, the Oxford Media Convention, the Edinburgh television festival, the International Journalism Festival, Cannes Lions and the Web Summit.
- She also chaired the annual Guardian student media awards, and has acted as a judge for the RTS television awards and Broadcasting Press Guild Awards.