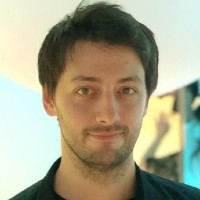 Giacomo Tarroni has been a full-time researcher in the field of medical image analysis since 2009. His work has been mainly focused on image segmentation, image registration, quality control and object tracking for cardiovascular, brain and fetal images. In particular, he obtained his Ph.D. from the University of Bologna, Italy (in collaboration with the University of Chicago, U.S.) working on the automated analysis of first-pass myocardial perfusion sequences in MRI. During his post-doc at the University of Padova, Italy, he focused on the automated analysis of fetal ultrasound images. After being awarded a Marie Skłodowska-Curie Fellowship from the European Commission, he moved to Imperial College London, where he became interested in the applications of machine learning and AI to automated organ detection, quality control assessment and motion correction for cardiac MRI.

His current research focus is on machine learning approaches for image quality assessment through outlier detection, shape analysis through representation learning and image-to-image translation through generative models, both for medical image analysis and more generally for computer vision.

Giacomo was able to generate over 183 k€ in funding from the EU by winning a Marie Skłodowska-Curie Fellowship for the project JUNO, of which he was Principal Investigator. In addition, in his career he has collaborated with several high-profile medical image analysis research projects, including SmartHeart (EPSRC, 5M£), iFind (Wellcome Trust and EPSRC , 10M£), CHIRON (EU Artemis-JU, 18M€).

Giacomo has recently been Associate Editor for the IEEE ISBI 2019 conference, and he often acts as reviewer for international journals (e.g. Plos ONE, IEEE Access, IEEE Trans Image Process) as well as renowned international conferences (e.g. MICCAI, IEEE ISBI). Since 2018 he is also board member of the UK Chapter of Marie Curie Alumni Association (MCAA-UK).

Giacomo is a member of the CitAI Research Centre.