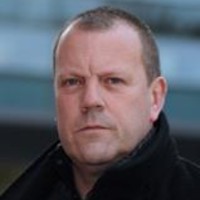 Amongst the many criminology projects he has been involved in, two of the best known publications are ‘Images of Control: The Rise of the Maximum Surveillance Society’ (co-authored with Clive Norris) and ‘Surveillance, CCTV and Social Control’ (co-edited with Clive Norris and Jade Moran). His research into sports-related matters has produced the following publications: ‘Football Hooligans: Knowing the Score’; ‘Blade Runners: Lives in Football’ and ‘Sheffield United FC: The Biography’. He has also co-edited, alongside Richard Giulianotti, ‘Entering the Field: New Perspectives in World Football’; ‘Football Cultures and Identities’; ‘Fear and Loathing in World Football’ and ‘Football in Africa: Conflict, Conciliation and Community’. From 1998 to present he has researched the possibilities that football can offer to various demographics in the reconstruction of post-conflict Liberia. Recent research in Bosnia-Herzegovina has addressed the same question. Other long-term research has examined the role football has played in the politics of Malta, the study of which produced a 2009 book co-authored with Jon Mitchell titled ‘Local and Global Football’. The year 2010 saw the publication of a book co-authored with Alberto Testa titled ‘Football, Fascism and Fandom: The UltraS of Italian Football’. Another book, published in February 2011 and co-authored with Pete Fussey and Dick Hobbs, titled ‘Securing and Sustaining the 2012 Olympic City’, examined the policing and security implications that surrounded London’s hosting of the 2012 Olympic Games. A continuation of the Olympic research produced in 2016 the co-authored (with Richard Giulianotti and Dick Hobbs) ‘Policing the London 2012 Olympics: Legacy and Social Exclusion’. Two years later he co-authored (with James Rosbrook-Thompson) a study of a London housing titled ‘Mixed Occupancy Housing in London: A Living Tapestry’. He has published two books in collaboration with Matthew Bell: ‘Fit and Proper? Conflicts and Conscience in an English Football Club’, in 2010 and ‘Steel and Grace: Sheffield’s Olympic Track and Field Medallists’ in 2014. In recent years his research has focused on serious youth violence and knife crime and the associated phenomenon of County Lines. A co-authored book titled 'Rings of Steel: a Social History of Sheffield Boxing' will be published in 2020. Gary is currently co-authoring a book on sport diplomacy, also due out in 2020.