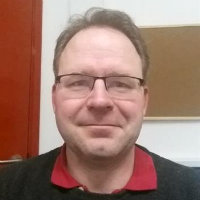 I run the BA English programme at City, University of London, which I joined from the University of Exeter in September 2017. I currently teach the second-year core module 'Shakespeare' and am also involved in undergraduate recruitment and routes to graduate employability.

My research concentrates on early modern literature and political culture, with particular interest in the transmission and reception of classical and non-English writings. My first book, War Liberty, and Caesar (Oxford, 2013), treated English responses to the Roman poet Lucan between c.1580 and 1650; my second, due to be completed in 2018, discusses the political imagination of Christopher Marlowe, the late Elizabethan poet-dramatist. It is based on an AHRC early career fellowship, 'The International Christopher Marlowe', which I held at Exeter between 2014 and 2016, and which sought to bring Marlowe's works into conversation with the political thought of late sixteenth-century Europe.

I also write on early modern poets such as Andrew Marvell or Lucy Hutchinson.

Although (now) a career academic, I have an earlier professional life as an equity analyst and fund manager in the City of London. I play in and manage cricket teams for my local cricket club, Woodford Green.