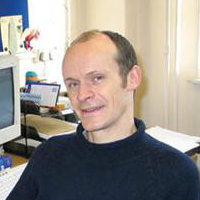 Daniel Wilsher is Professor in Law at The City Law School. Before coming to City in 2002, Daniel was a solicitor and partner in a London law firm specialising in asylum, immigration and human rights law. As well as teaching at City, since 2006 he has been a part-time Immigration Judge in the First-tier Tribunal, Immigration and Asylum Chamber.

As his first degree, Daniel undertook law and economics at King’s College, Cambridge. He went on to work in medical law and ethics for Action for Victims of Medical Accidents and then as a Nuffield Research Fellow. He then trained to become a solicitor. He moved into academia in 2000 after taking an LLM in European Law at Queen Mary College, London. He went on to take a PhD at the Centre for Migration Law, Radboud University, Njimegen in 2009. He was appointed Professor at City in 2014.

Daniel was a member of the Law Society Panel on immigration law and conducted important cases, including judicial review actions, in this field up to Court of Appeal level. He is an Executive Committee Member of the Joint Council for the Welfare of Immigrants and a member of the Transparency International (UK) a leading anti-corruption charity.

He teaches in the fields of immigration law, European law and the EU energy law and policy. He has made a special study of immigration detention and his work has been cited in cases by the House of Lords and the High Court of Australia. Daniel's book ‘Immigration Detention: Law, History, Politics’, published by Cambridge University Press in 2011, was the first large-scale study of this important issue. He has also done research in the field of EU trade, competition and public law. He has been a consultant to research funding organisation including the Nuffield Foundation and the Leverhulme Trust. In 2009-11 he was a consultant to a research project on access to justice in migration cases funded by the Baring Trust. In 2014 he was also an expert member of the EU-funded project on immigration detention ‘Contention’ run by the Migration Policy Institute, European University Institute, Florence.

His most recent publications were on the law relating to the EU economic system during the Eurozone crisis. His present research agenda includes the balance between immigration and family life and the ongoing EU economic crisis.