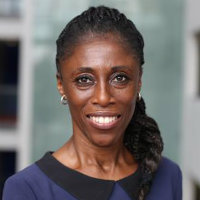 A trained journalist, Coral James O'Connor has turned her interest in political journalism into the focus of her research. Coral is currently studying for a PhD, looking into how social media has altered the communication strategies of political parties. Her research investigates the use and impact of social media on party political communications and the changes that have occurred, looking specifically at social media's use in general election campaigns in the UK. Using agenda setting and salience theory as the focus in researching how this change has altered the communication relationship between the political parties' leadership teams (Labour and Conservative) and their MP back benchers.

Coral has worked for many years in radio, television and online journalism. It was working for the former U.S. Vice President, Al Gore at his TV channel, Current TV, at the time of President Barack Obama's election win in 2008, that Coral really developed her interest in social media used in political campaigning. Current TV won the Emmy for Best Interactive Television Service, in 2007, when Coral worked as a writer/producer for Google Current News and later becoming a managing producer for Current TV's/Guardian newspaper's vlogs. She later became Manager of UK Production for Current TV in 2008, before she decided on an academic career.

Starting as a lecturer at the University of Brighton in 2010, Coral was instrumental in developing the Broadcast Journalism degree course from its inception, turning it into the Multimedia Broadcast Journalism degree. She also developed and forged links with an American university in Atlanta to deliver a study abroad exchange programme between Brighton and the Kennesaw State journalism schools. She was also central in working to secure the BJTC accreditation for that course. Coral later became senior lecturer, after developing the Multimedia Broadcast Journalism course and securing the BJTC accreditation in the first year that the course was established. She taught at Brighton University for four years before working for the University of Sussex for three years, taking on the role of course leader for the BA Journalism course that she also helped to establish and develop. Since September 2017, Coral has been working for City, University of London on the BA Journalism course.

Coral has a long industry career in both journalism and broadcast media, gaining a scholarship from LWT at the start of her career that led her to secure experience as a news researcher at London News Network. Coral specialises in broadcast and online journalism, where her first online multimedia experience was working for IMG’s NOW channel in 2000, producing interactive digital media environmental news programmes, with renowned physicist Brian Cox as her presenter, and before the full implementation of broadband! Writing HTML code for online news stories, Coral wrote and produced for the interactive channel's TV and website.

Coral's research interests also include; social media and politics, multimedia news content and its development and impact on journalism, and the representation of black people in the media.