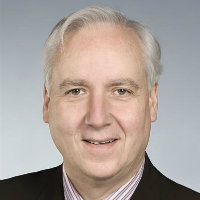 Prof. Dr.-Ing. habil Christoph Bruecker holds a doctoral degree (1993) and a Venia Legendi (2005) from the RWTH Aachen University (Rheinisch- Westfälische Technische Hochschule Aachen), Germany, where he mostly was engaged at the Aerodynamic Institute AIA. From 2005 on he was for 10 years full professor (W3) at the Technical University Bergakademie Freiberg as the Chair of Fluid Mechanics and Fluid Machinery, where he also served 3 years as the Director of the Institute of Mechanics and Fluid Dynamics.

In August 2015, he got awarded, in a competition of over 150 international researchers, the BAE SYSTEMS Sir Richard Olver Chair on Aeronautical Engineering at City, University of London. Established in 2014, this new prestigious chair honours Sir Richard’s contribution as Chairman of BAE SYSTEMS from 2004 to 2014.

In 2017, a further prestigious award was granted to Professor Christoph Bruecker as the Royal Academy of Engineering Research Chair in Nature-Inspired Sensing and Flow Control for Sustainable Transport at City, University of London. Supported by the Royal Academy of Engineering and BAE SYSTEMS, Professor Bruecker's research aims to develop an aerodynamic ‘skin’ that can be evaluated for use on future aircraft. The award reflects the interdisciplinary work of his team including Biofluid Mechanics, Bio-Engineering, Micro-Fluidics, Aeroacoustics, natural flows, environmental flows and more. The work of his team is also broadcasted in spectacular and breath-taking videography, e.g. a BBC2 programme featuring a peregrine falcon (the world’s fastest animal) in diving flight off the North Lake District cliffs and in the wind tunnel facilities in City’s Handley Page Aeronautical Engineering Laboratory. The research earned Professor Bruecker a President’s Award for Outstanding Research Engagement: Media and Outreach at City in June 2018.