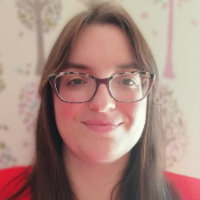 School of Health Sciences, Division of Midwifery and Radiography

Christina has worked as an academic and researcher in Medical Imaging for the last 16 years, having worked previously as an MRI radiographer in the University Hospital of Athens, Greece, where she qualified. She was awarded her PhD from imperial College London, having carried out her research at the Robert Steiner MRI Unit at Hammersmith Hospital. She has received the clinical MRI prize and Leonard Levy prize of the British Institute of Radiology for her research presented at UKRC in 2006.

She has taught Medical Imaging and Research Methods in 7 different Universities and 3 countries (acting as visiting lecturer at ATEI of Athens, Greece and UCD Ireland) and she has been an invited/keynote speaker at many key medical imaging conferences in the UK, Greece, other European countries and the USA on many different occasions. Christina is a Senior Fellow of the Higher education academy. She remains visiting lecturer of different postgraduate medical imaging courses at King's College London since 2016 and guest lectured at UCL in 2018. She is currently PG programme director for Radiography and supervises master's level student projects.

Christina has held many leadership positions at the European Congress of Radiology since 2004, including leading the Radiographers' Scientific programme Committee as Chair for 2016. She is also the Medical Imaging Expert committee lead for the European Federation of Radiographer Societies and the steering committee lead for the Formal Radiography Research Mentoring (FoRRM) scheme funded by the Society and College of Radiographers since 2017, now ready to start its second round and intake (April 2019) with renewed funding.

She is an MRI expert, having worked extensively in brain MRI, perinatal MRI, placental MRI and high field MRI research studies at Imperial college, University of Liverpool, King's College London. She has also a keen interest in clinical education, research mentoring and research capacity building for healthcare practitioners. She accepts PhD students in any of the above research fields.

Christina has presented her research nationally and internationally and published extensively at many high impact factor journals since 2004. She has received research funding as a co-applicant or main applicant of a total £2.5mi, and is actively involved in improving professional practice and research capacity in radiography through her many leadership positions and research networks. Christina has co-authored national guidelines on perinatal MRI (with the British Association of Perinatal Medicine) and on patient and public engagement with research (with the Society and College of Radiographers). She has participated in local outreach events of different primary schools in London.

Her current research involves fetal MRI with King's College London, simulated practice with University of Greenwich, Research mentoring with the Society and college of Radiographers, cardiovascular MRI with Oxford University, and MRI in autism with the autism group at City University, CASS and many research collaborators nationally and internationally.