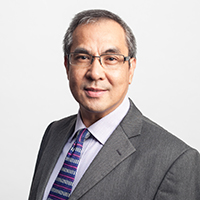 Dr Cheung graduated with a BSc (Hons) degree in Mechanical Engineering and undertook postgraduate research in Aeronautical Engineering, both from Queen Mary and Westfield College, University of London (1981-1984).

He joined British Aerospace Civil Aircraft Division, Hatfield, in January 1985, working in the Aeroelastics Section as an Assistant Engineer. He was initially assigned a Ministry of Defence contract to carry out research on the development of computational methods for calculating unsteady aerodynamics on aircraft lifting surfaces. He was responsible for the development of two major computer programmes that are currently being used for the design of BAe aircraft. In 1990 Dr Cheung was promoted to the position of Principal Engineer.

Apart from his research work on unsteady aerodynamics, Dr Cheung was also involved in flutter analysis and certification work for a number of different aircraft ranging from BAe 146, Airbus A330 and A340 and 125 aircraft. Between early 1990 and 1992 he was responsible for the flutter analysis of the new BAe Jetstream 41 aircraft and led one of two shifts that completed the ground vibration test for the prototype aircraft.

Dr Cheung has been a member of staff in the Department of Aeronautics, Civil & Mechanical Engineering (now the School of Engineering & Mathematical Science) since July 1994. His main duties include teaching the Part II and III students on aircraft structures and aeroelasticity as well as carrying out research in these areas. He has contributed to the publication of more than 20 BAe technical reports and research papers.

Dr Cheung is a member of the Centre for Aeronautics and Programme Director for the Department of Mechanical Engineering and Aeronautics.