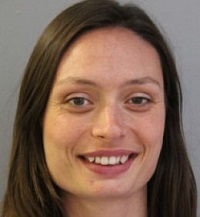 Catherine is a Chartered Psychologist specialising in neurological illness who joined City, University of London in 2012. She previously worked at King's College London and the University of Manchester.

Catherine obtained her BSc (Hons) Psychology and PhD Psychology at the University of Manchester. Her PhD work focused on illness perceptions and help-seeking behaviour in people with subjective memory complaints. She then conducted post-doctoral work at the Institute of Psychiatry, King's College London before joining City, University of London as a Lecturer in Health Psychology in 2012. Her research interests are centred on neurological illness, focusing on neurological conditions such as Parkinson's disease and conditions which might create functional neurological illness as measured by cognition with particular interests in coping, quality of life and well-being.

Beliefs about health and illness

The beliefs both patients and carers hold about chronic illness and how these can influence a range of outcomes including mood, quality of life and help-seeking behaviour. Currently projects include exploring the nature of illness uncertainty in the carers of patients with Parkinson's disease.

The strategies patients use to cope with neurodegenerative conditions and factors which influence coping style. Currently collaborating with colleagues at Bangor University to explore resilience in Parkinson's disease.

Identifying clinical and psychosocial variables which affect quality of life in both Parkinson's disease and dementia. Recently begun collaborating on a project with cardiologists at St George's, University of London researching quality of life after aortic valve replacement.

Thesis title: Development of a theoretical and methodological basis for designing interventions tailored to direction of behaviour change