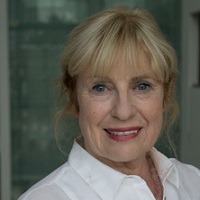 Her PhD supervisor was Professor George Butterworth and her thesis explored the origins, functions and development of the left-side cradling bias in human females.

Previously, Dr Todd was a researcher in the Infant Study Unit at Sussex University. She has taught psychology at undergraduate and postgraduate level at the University of Sussex and she currently teaches Developmental Psychology with The Open University on their Masters and Undergraduate degrees.

In 1995, she was awarded the RSA Certificate in Counselling Skills in the Development of Learning.

70-85% of women show a preference for cradling their babies on the left, rather than right, side of the body and this bias appears to be independent of handedness, at least in the first few months of the infant's life. A number of explanations have been proposed, each with some supporting evidence; two main contenders are the emotional processing and the handedness hypotheses. Alternative explanations relate to maternal heartbeat, tactile sensitivity, and infant head position though further explanations are still being explored.

The emotional processing hypothesis relates to the proposal that left side holding position is preferred because it facilitates processing of information on infant state via the mother's left visual and auditory fields and right hemisphere. There is some evidence that the bias to cradle on the left is reduced when mothers experience anxiety and depression. My recent research has focused on the relationship of the bias to infant age, handedness, sex of holder, and the experience of stressors.

Infants become proficient at communicating before they are able to speak their first words. For example, they use a variety of gestures including index finger pointing to orient the attention of a social partner to objects of reference. My interest lies in the visual behaviour of infants as they gesture and the transition to intentional communication and more complex social awareness. I am also interested in lateral biases in gestural communication.

Play is fundamental to childhood and different types of play have been associated with a wide variety of benefits for social, cognitive and emotional development. I am interested in disseminating research findings in this area from academia to parents and others who spend time with children. I am currently involved in researching the origins of gender differences in toy choice and the relationship between children's preferences and parental expectations.

Secondary PTSD in the children of immigrants

In collaboration with Sara Thommessen, I am studying ways to minimise the transmission of social problems experienced by the children of sufferers of PTSD in immigrant populations. We plan to evaluate the efficacy of a range of therapeutic and educational interventions which encourage children and adolescents in this specific group to become aware of, and to adopt, positive roles in their communities and wider society.