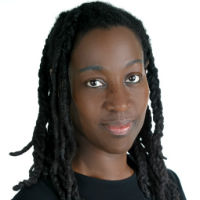 Angela graduated from Balliol College, Oxford University and qualified in private practice. She remains in part-time private practice as a senior solicitor and partner at Simpson Millar LLP in London.

Angela joined The City Law School in September 2015 as a Senior Lecturer/CPD Consultant and is a Fellow of the Higher Education Academy.

Angela's areas of specialism are Education, Mental Capacity and Public Law. She is cited as a leader in these three fields in Legal 500 and Chambers and Partners 2020.

Angela has had a number of reported cases across the disciplines of Education, Community Care and Court of Protection. Her particularly high profile cases include G v St Gregory's Catholic Science College [2011] EWHC 1452 (Admin), the "cornrows school exclusion" judicial review case in which the High Court held that a school's policy prohibiting boys from wearing their hair in cornrows resulted in indirect racial discrimination.

Angela had conduct of the Supreme Court case A and B v Secretary of State for Health [2017] 1 W.L.R 2492 in which two women from Northern Ireland challenged the Secretary of State for Health's then refusal to permit women from Northern Ireland to access NHS abortion services in England. The appellants lost by a narrow majority of 3:2 but the case was instrumental in a subsequent successful political campaign which resulted in the government conceding the primary issue. Angela subsequently secured compensation for A and B from the UK Government in a successful application to the European Court of Human Rights.

Angela's practice directly influences her teaching at City. She specialises in Public Law, Human Rights Law and Legal Skills.
Angela is Programme Director for the LLB in Legal Practice which includes a pathway for the trailblazing Solicitor Apprenticeship scheme. She supports students academically and with their development of legal skills in the workplace.

Angela is an expert panel member of the Strategic Legal Fund for Vulnerable Young Migrants and has twice been a judge for the Legal Aid Lawyer of the Year Awards.

Angela was appointed to the Law Society's Human Rights Committee in September 2016.

Angela co- authored "Practical Education Law", a practitioner's text, published by the Law Society in 2005. She provides regular updates on education law for the Legal Action Group bulletin and has written for a number of other legal publications, including New Law Journal and Lexis Nexis.

Angela was given an award for Outstanding Achievement at the Legal Aid Practitioners Group Silver Jubilee Awards Ceremony in June 2009. She was also Highly Commended in the category for Solicitor of the Year- Private Practice at the Law Society Excellence Awards in 2014.

Angela won an Eight Women Award in 2014 following a social media public poll for the most influential women of colour in the UK.