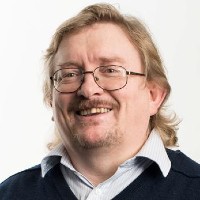 Andrey joined the Centre for Software Reliability (CSR) as a Research Fellow in January, 2001 employed on the DIRC project. He was promoted to a Senior Lecturer post in November 2008.

He hold his Candidate of Science degree in Engineering (PhD equivalent) from the Institute of Nuclear Power Engineering (INPE), Obninsk, Russia in 1994. His PhD thesis concerns mathematical modelling of mutual relations between Structural Redundancy, Fault-tolerance, Reliability and Technical Safety of a Computer Complex. He graduated from the Obninsk branch of Moscow Engineering and Physics Institute (MEPhI) in 1985 as a systems engineer with major in Computer-Aided Control and Management systems.

Before joining CSR he was employed by Institute of Nuclear Power Engineering (INPE), Obninsk, Russia as a docent (associate professor) of dept of Computer Systems, Networks and Technologies.