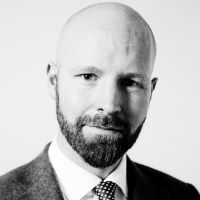 Visiting lecturer Andrew Worthley is a barrister, academic and musician who teaches on the BPTC and LPC at City Law School. Called to the Bar in 2004, he is a member of Magdalen Chambers where he has a broad common law practice area which is now principally focused on employment work. His advocacy has received judicial commendation from Ward LJ, who stated in the case of Baker v Rowe [2009] EWCA Civ 860, "I wish to pay my tribute to Mr Worthley not only for his erudition but for the careful, sensible and charming way in which he has argued this application." Andrew was previously a full time senior lecturer at City University London and is an external examiner at Queen’s University Belfast. He has previously held posts as a Specialist Advisor to the House of Lords and a Professor in Residence at City University New York. With degrees in law, education and theology Andrew is a fellow of the Higher Education Academy and a member of the Employment Lawyers Association. He is an accredited advocacy trainer with the ATC and Co-Author of the Oxford University Press Advocacy textbook.

When not lecturing at City or appearing in Court, Andrew can be found giving occasional lectures in theology and on the interplay between law, criminal justice, ethics and theology in various academic settings in the UK. He is also a keen gigging musician and recording artist whose music has been featured on BBC Radio 2 and 6 Music. He enjoys sport, politics, theology, good coffee and literature.