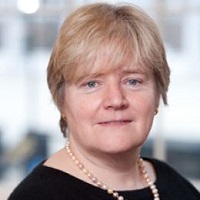 Amanda Burls' first degree was in Politics, Philosophy and Economic from the University of Oxford but she later went on to study Medicine at University College London. During her medical degree she intercalated an MSc in Neuroscience. Following several junior and senior house office jobs she undertook five years specialist training in Public Health Medicine during which she obtained a Masters in Public Health from the London School of Hygiene and Tropical Medicine. She worked for the Critical Appraisal Skills Programme (CASP) from its inception in 1993 and in 1996 became its Director. She has been a senior fellow of the Centre for Evidence-Based Medicine since 1996 where she established the Spanish-speaking groups and ran plenary sessions on teaching EBHC.

In 1997 Amanda started as a Senior Clinical Lecturer at the University of Birmingham where she founded and directed the West Midlands Health Technology Assessment Collaboration (WMHTAC). WMHTAC produced systematic reviews and economic evaluations to inform local, regional and national health policy decisions. In 2008 Amanda moved to the University of Oxford as Director of Postgraduate Programmes in Evidence-Based Health Care. She set up the Oxford International Programme in Evidence-Based Health Care which includes Certificate, Diploma, MSc and Doctoral Programmes as well as standalone modules.